Is a Purpose-Built Simulation the Future of Dementia Care?

Australia is about to get a specialised aged care facility catering to those affected by dementia and Alzheimer's disease. Korongee village in Tasmania is essentially a model living environment, offering a type of hyperreality which allows the residents to move about freely in an artificially created environment that they're comfortable with, while still remaining safe and under supervision. If successful, the model and practices employed at Korongee village could be replicated at other sites across Australia, though the Australian version is largely based on an existing Dutch facility. While revolutionary when compared to many types of aged care currently utilised in cases of dementia and Alzheimer's disease, what is it that makes these types of specialised dementia villages truly remarkable?

The Dutch prototype is known as De Hogeweyk, and is located in Weesp, a short distance from Amsterdam. It's a gated community, meaning that while the residents have the freedom to do as they wish within the confines of the village, they are not able to simply wander away. De Hogeweyk themselves describe the facility as being a mirror image of recogniseable lifestyles, in that the village offers vital familiarity, albeit with some vital modifications to reflect the needs of the residents.

A dementia village offers a purpose-built reality, and the facility contains what you might expect a small village to offer, with a supermarket, restaurants (the Dutch facility even has a theatre). The staff are always there, observing, and ready to offer assistance as needed. To someone suffering from dementia, the staff might be difficult to perceive, as is largely the point. The staff dress in regular clothing and interact with the residents, making it seem as though specialised staff are simply fellow residents in the village.

Even though the reality they're now living in is essentially a simulated one, the compassion and peace to such an approach can be highly beneficial to the residents. The naturalistic environment coupled with constant care is obviously not going to be an inexpensive method of treatment. Still, it will be interesting to see whether the Australian model can replicate the success (and indeed, the interest) of its Dutch predecessor.

It will be very interesting to observe the progress of Australia's very own dementia village. If the model is deemed to be a success, it might well alter the way that dementia care is viewed. 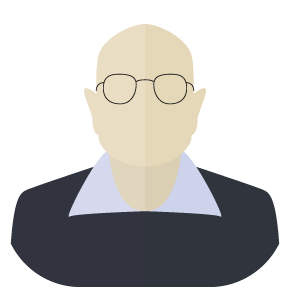 Many people dread needing to enter assisted living, but that needn't be the case! It can be a fantastic step forward for many people, who find that it enables them to regain a little autonomy and live without the feeling of being dependent on their family. Since my mother moved into a purpose-built assisted living block, I've spent a lot of time visiting her and learning about her experiences--and I've also learned a lot about how best to support your loved ones through what can be a difficult transition. In this blog, I hope to share some of what I've picked up in the hopes of helping out you and yours.